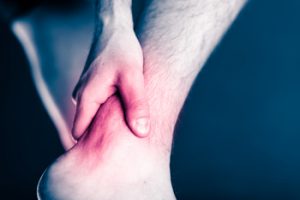 Extract from the upcoming book TAO OF MOVEMENT

Tendon damage is many times more serious than bone damage. Bone can set faster than a tendon, and even the pain is stronger when the tendon is stretched or ruptured than with a broken bone or muscle disruption. In case of such damage, attention should be paid to the liver. Chinese medicine uses several herbal preparations to regenerate tendons through liver support, the diet needs to be adapted to nourish the liver and to support tendon regeneration, for example through Shiatsu or Acupuncture treatments. In addition, it is possible to work with tendons and liver through Qigong, which has in its “database” many exercises that support the nutrition and regeneration of tendons.

Tendons can also be treated mentally by changing the level of our consciousness towards the use of our body. Tendon injury can also suggest a mental relation. Since everything is related to everything, our body tells us with its worries about how we treat it, how we perceive ourselves and our surroundings, and so on. When movers stretch or tear a tendon, it is a sign that they are going over their limits. They tend to “tear themselves”, risking too much because of their ambition. Healthy ambition is overstated to a level that was no longer commensurated  with the reality and capabilities of the body, and so the body responded in this way. Exaggerated ambition is mostly an image of a kind of emptiness inside the person concerned, the need to prove one’s possibilities at all costs. Tendon failure is also the result of insufficient tendon preparation for performance, which also essentially reflects the person’s access to the body. By tearing or stretching the tendon, the mover has the opportunity to touch reality. The body thus took care of a kind of forced break. The person cannot move physically, but it can, figuratively speaking, move the brain. Such a pause is a space for thinking, for immersing oneself in oneself, where one can investigate, discover causes, and thus find out what and why he or she is doing against the body, to find out if it is really necessary and if it is worth it. A ruptured or abrupt tendon is not probably worth it, so this situation is a big challenge. It is an opportunity to change the current way of using the body and spirit. One can ask oneself questions like, “Where and why am I going over my limits? For what or to whom did I let myself be overwhelmed by unrealistic dreams? When does my ambition become a trap? What would I do if my body could not recover to its normal state? ”I really wish that injuries would be sending us precious information that could help change the way we use our body.

Yet, there are ways to get the tendons in order. From my own practice during dance seminars, where we consciously work with tendons, I have experienced that intensive work with them through Qigong and conscious improvisations with the liver and gallbladder channels can bring great success even after relatively fresh tendon injuries. A student from Poland was at one of these seminars just a few months after rupturing her right knee tendons, and she was happy to tell me how she enjoyed dancing without pain. Even more than ever before. Of course, she had to move differently than she was used to, and most of all she moved with an aware and attentive mind. This way of working gave her body the ability to know intuitively how to move so as not to hurt her. She was surprised at how strong and at the same time elastic her ligaments and tendons were and how much space she could feel between her bones in her joints.

During that seminar, we also worked with the method of detoxifying tendons with mungo beans. This old Taoist method is a suitable means of regenerating or energetically strengthening tendons. Its main goal is to detoxify and it does so in a simple way – by tapping the tendons with bags filled with mungo beans. Mungo beans are generally good for health, and are commonly consumed, among other things, for example in food poisoning. Their strength lies in the fact that they support the detoxification process. No wonder, for example, in the form of sprouts, they are part of many Chinese dishes. When used externally – patting the skin, they have a great effect on detoxification as well. The result is the regeneration of damaged tissues, in this case tendons. Of course, it is advisable to work with this technique preventively, cleanse and strengthen the healthy and not only tendons, but also joints, muscles, scalp, etc.

Tapping with mungo bags shakes the fascial layers, thus separating them from each other, which relieves tension in the tissues and can subsequently lead to a detoxification process. Toxins are literally shaken from the fascia, muscles, tendons, bones, joint cavities and fluids, subcutaneous tissue. In addition, tapping opens the pores of the skin, which significantly improves the absorption of healing Qi into the body. It is advisable to combine it with Qigong so that the accumulated Qi from exercise penetrates the meridians, where it can nourish the tissues with Qi and support treatment. However, Qigong is not a must, and tapping itself has a strong effect, so it can be practiced by a laic. We tap hard, but not cruelly. Rather, we focus on the feeling that the taps open the surface and at the same time act in the depths of the structures.

Making a mungo bag is very simple. All you have to do is sew a narrow pocket from a sock-sized canvas, into which you pour half a kilogram of beans and tie it with a string so that the beans do not fall out and the bag is compact. The simplest and fastest solution is to pour mungo into a cotton sock. This variant does not look aesthetically pleasing, but as first aid it is sufficient. After a certain time, it is advisable to air the mungo, clean it, let it be exposed to sunlight, or replace it completely with a new one.

Tendon injuries and their treatment