Dancing in the Mountains

Summer dance meetings in nature devoted to focused and intensive work away from hasty, busy cities and daily stress.

The idea of ​​learning and meeting in nature, outside the hustle and bustle of cities, was created more than 20 years ago under the title ´Dancing in the Mountains´. For the first time it took place in 2001. The driving force behind this initiative was the need to develop our approach to movement education outside cities with a smaller group of participants who can get to know each other better and differently during the workshop. At the same time, there was also a feeling that the concept and principles of our work can enhance the depth of the learning process in the natural environment. The environment itself has a beneficial effect not only on the body but also on the human soul. For this work, the power of nature is a catalyst for a deeper and more concentrated work, which subsequently can keep new information in the bodies and minds of the participants more permanently. At first, we found our natural asylum in the small village of Pecin, in the Eagle Mountains in the Czech Republic. During a few years, ´Dancing in the Mountains´ has become a tradition and gradually sought-after international summer dance school, attended by more than 650 students over the years. Besides students from Slovakia and Czech, students from almost all European countries, as well as from Israel, India, Japan, USA, Canada and China, took part in it.

Read detailed information about workshop in 2020 edition in this link.

Disconnecting from the internet, morning exercises in the meadow, intense dancing in the hall, as well as directly in the natural environment (river, forest, meadow, trees, etc.); somatic work linked with dance techniques, improvisation or composition, but also with ecological thinking about the environment; sharing a healthy vegetarian diet, that is what attracted and is attracting us and  our participants. After many years of our own study and rich practice, the information and input we are delivering today is even more influenced by laws of nature. Inspiration and encouragement for the development of our own methods of work were and are old Chinese texts and knowledge of Taoist philosophy, including Chinese medicine, Qigong, Yi Jing, and so on.

Dancing in the Mountains mostly takes place under our pedagogical leadership (Zuna and Milan), but occasionally we also collaborated with Ziarislav Svicky (2002) or Brazilian dancer and teacher Bruno Caverna (2011). Several years, Qigong was taught by master Piotr Ziemba (2002-2004) from Poland, who also took part in dancing. 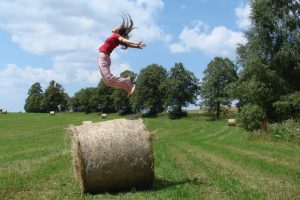 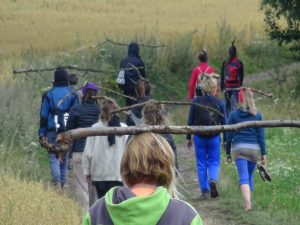 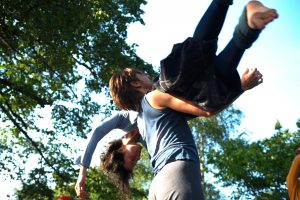 Apply for the workshop:

Dancing in the Mountains