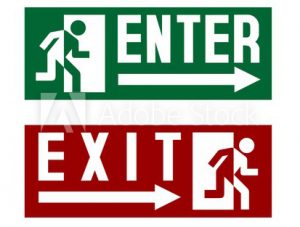 Extract from the upcoming book TAO OF MOVEMENT

As performers, we often portray different characters. We play roles, which are not really ours. It cannot be said that this is a real lie, but from an energy point of view, it certainly affects the flow of Qi in us. Can we separate ourselves from our role on stage? What do we actually do when the show ends?

Some of us were led to do some stretching after the performance to restore our muscles and tendons to their original biochemical state. Less disciplined, do not bother and immediately after the show they take a shower, get dressed and go either home or somewhere to a restaurant for dinner. Few were devoted to how to consciously separate from life on stage mentally, how to separate from the character they portray. But also from the world of preparation and presentation of the performance, in which one lived 100%. We devote so much time and energy to creating the performance, modeling the character we play in the performance, and so desperately little time to the process of stepping out of that character and separating from life on stage. In this way, we play with our emotional world and we can remain trapped on some emotional level of some specific performance for several months or years. This definitely deprives us of Qi and often also of mental well-being and mental balance.

Usually after the performance we go to sit somewhere together with the colleagues. We do it out of social needs, but also because we subconsciously try to release internal tension by staying in the company with a little alcohol, a cigarette and maybe even weed. Such a solution is very common, but insufficient for mental stability and actually harmful to health. We forget about the psyche and emotions from a complex point of view and the result can be fatigue syndrome, emotional imbalance, digestive problems, various degrees of manic-depression, occasional or chronic depression, or partial loss of context with the real world. It usually does not even occur to us that some conscious “exit” should be important. The performers start to think about it only when they find out firsthand that there is something wrong with them, that they are extremely exhausted not only physically but also mentally. When they find that they have problems communicating with others, with sleep, that they need to regenerate, but he cannot rest enough and so they work on sleeping pills. Often, such a state is reflected in their creativity and it starts slowing them down.

While working with Qigong, I first encountered an exercise that helps Qi and psyche get back. These are absolutely simple exercises, which, however, require conscious work with the mind and discipline. When you experience their effect, you will find that the relief you get from alcohol, cigarettes and the like is far from equal. In this case, it is internal Qigong, the so-called neidan, hence the mental connection to one’s inner self after the performance and to anchoring one’s thoughts, feelings and perceptual experiences back to oneself, to one’s center. It is a kind of standstill, a short meditation in silence and solitude on how to call the soul back “home”. A soul that travelled through the stage during the performance, but also through the auditorium. It even got inside the spectator’s souls, or into other dimensions we have no idea about. This exercise is a kind of consciously performed ritual that acts as a psychological anchor. It is advisable if it is subsequently supplemented with some gentle physical activity. It is very helpful to shake the limbs, but also the torso, because it opens the body at the whole-cell level and so it is possible to comprehensively release tension from muscle, tendon and fascial structures. This restores inner peace not only to the body but also to the soul. Ideally, such an exercise should be accompanied by a conscious intention to relax and separate from the performance. A sign can also be generated that symbolizes the moment of separation, such as a clap, a shout, or a movement gesture. It is also necessary to massage and tap the face with your fingertips. The face is logically strongly connected with the character we portrayed in the performance. Looking into the distant horizon helps to relax the eyes. We can relax our breath with a few bursts of exhalation from the depths of our lungs and chest, sending Qi from the lungs down to the area of ​​our center of gravity, the lower Dantian. I practice such Qigong not only after my own performances, but I also teach it to my students.